So I quit my job.

Which is what has led me to this cafe in Paris lined with books, drinking espresso and reading a book about Phish and Insane Clown Posse. And identifying with it.

“Ambition had been the engine that had fueled my career. But my ambition had turned on itself. Ambition respects only itself; it’s never satiated, because satisfaction would defeat its whole purpose… It’s always keen to remind us that the wolf is at the door and everything will fall apart tomorrow unless we push mercilessly in pursuit…”

When the world (at least the world I’ve lived for the last eight years or so) talks about success, they mean scale. How many hundreds of endless conversations have I had about scale: scaling myself, my ideas, my work. These are inevitably followed by discussions of letting go: delegating, not taking on so much, not doing everything myself.

But some things you can’t scale.

And maybe what I’ve realized is that some people want to build something greater than they are, something that reaches beyond what they could touch alone. They want to see something grow. And that ambition is very different from the kind that drives me.

Writers don’t delegate their novels out to a sea of interns. Painters can’t scale their art by bidding out brush strokes on mechanical turk. I don’t want to oversee a big operation, not really.

Maybe it’s a weakness. Others can’t live up to the high expectations I set for myself. I can’t scale me. I can scale what I do, but it’s watered down. It’s adequate. It lets me down. And maybe I should learn to let go of that, say average is OK. But I can’t. I suppose I don’t want to.

My answer so far has been to run away. It wasn’t enough to quit my job, I had to leave the country too. All I could think about was escape.

But it wasn’t as brave as all that. Sure, I’m faced with figuring out what to do with the rest of my life, which right now seems impossible. Like I’m standing  on the edge of a cliff and I can see land but there’s this chasm and no way to get across.

But this time I didn’t light a match and let everything burn as I walked away  (maybe I am growing after all). I sold my company. My (previous) staff all still has jobs. I have money in the bank. I’m on the run in luxury hotels with fluffy robes and slippers, room service, and champagne. 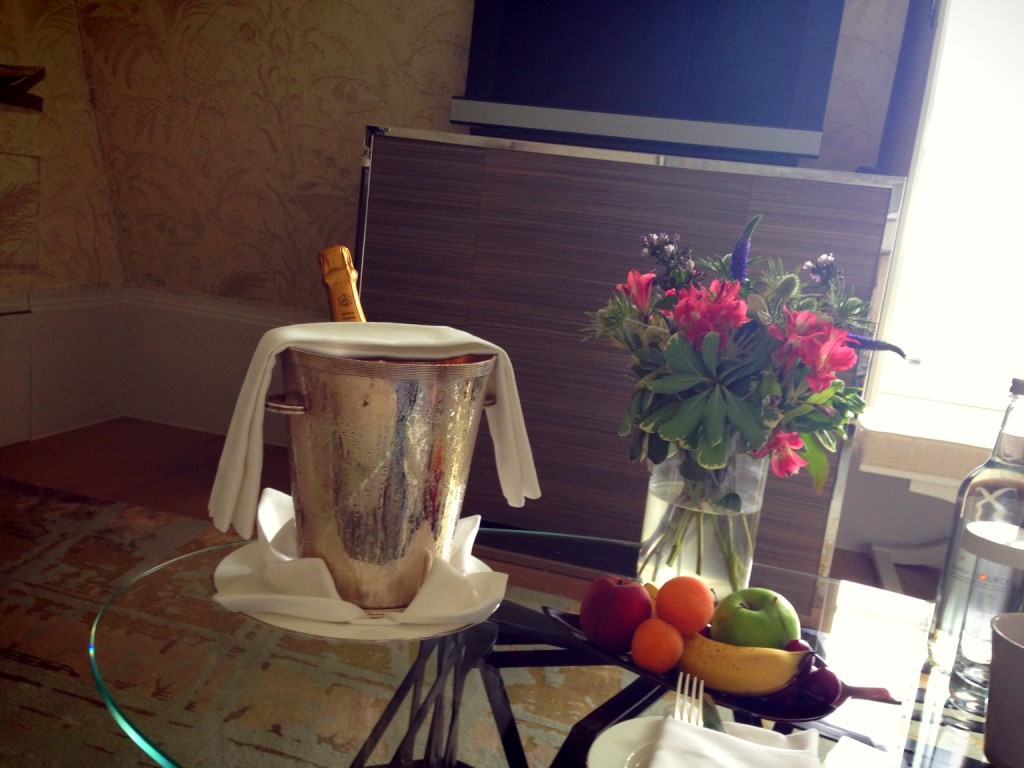 And yet I still feel like the wolf is at the door and everything will fall apart tomorrow.

I’m working on that part.